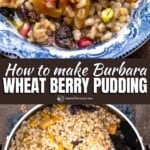 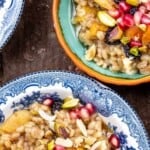 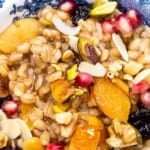 Burbara is a Middle Eastern creamy wheat berry pudding (or porridge), laced with warm spices, anise and fennel seeds, and topped with heaps of nuts and dried fruit. It is great served warm or cold! In the Levant, this dish is traditionally served on December 4th to kick off the Christmas season.

Big thanks to my friends Mai of Almond and Fig and Hisham Assaad, author of Bayrut: The Cookbook, for the inspiration and for sharing their sweet tradition with me.

What is burbara and where does it come from?

Burbara is a vegan Middle Eastern wheat berry pudding—or porridge, rather—made from wheat berries that are cooked to creamy perfection, laced with cinnamon and anise seeds, and topped with heaps of nuts, dried fruit, and pomegranate seeds.

To kick off the Christmas season, Christians of the Levant and other parts of the Middle East make and eat burbara on December 4th to celebrate Saint Barbara’s Day (Eid il-Burbara). Saint Barbara has quite an interesting tale. It is said that while fleeing to avoid persecution, she ran through a wheat field, which grew behind her instantly and covered her tracks. To recreate this, those celebrating St. Barbara’s Day plant the seeds of wheat, lentils, barley, and more, the shoots of which are often used to decorate Christmas nativity scenes.

This burbara recipe is inspired by two of my good friends: Mai, a Jerusalem native and writer of the wonderful site Almond and Fig; and Hisham Assaad, author of the cookbook Bayrut: Recipes from the Heart of a Lebanese City Kitchen. In conversations with both, I learned that their families make large amounts of burbara to share with neighbors and friends. What a sweet tradition shared among generous people.

Both of them use the traditional wheat berries in their recipes, but I use pearled barley as wheat berries are not as readily available here. Pearl barley has a similar slightly nutty flavor and chewy texture once cooked, and is available at most grocery stores. It is also quicker to prepare than wheat berries, which must be soaked overnight and cooked for quite a while on the stovetop.

Burbara wheat berry pudding can be dressed up many different ways. Toppings for burbara vary from family recipe to another, but some popular choices include nuts like almonds and pistachios, bits of dried fruit including raisins or chopped apricots, shredded coconut, and pomegranate seeds. I love the addition of the tangy-sweet pomegranate seeds here for a pop of color!

Ingredients: What you need to make burbara

This one-pot burbara recipe comes together with just a few simple ingredients. This is what you’ll need to make it:

I love how simple and festive this sweet treat is to make! Here is how to make burbara with pearled barley for a shortcut:

Burbara tastes really good even when served cold! Leftovers will keep for 3 to 4 days.

Pop your leftover burbara in an airtight container in the fridge, and simply spoon some into a bowl when you’re craving it (heck, I've had it as cereal for several days). If you prefer it warmed up, add a small amount of water to your serving of burbara (to keep it from drying out) and warm it over medium heat, stirring regularly. Add your topping after the burbara has been reheated.

Other dessert recipes to try:

Hungry for more? Here are all our Mediterranean Recipes! 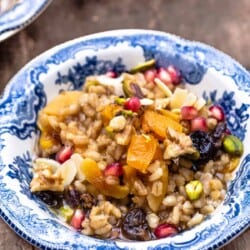 Burbara Middle Eastern wheat berry pudding is a delicious treat made typically on December 4th to kick-off the Christmas season. Burbara is traditionally made from tender wheat berries, but this recipe uses pearl barely for a shortcut. It is seasoned with cinnamon, fennel seeds, and anise seeds. To finish, top your burbara with nuts, dried fruit and pomegranate seeds for a festive holiday treat! Make the pearl barley ahead if you like and refrigerate until you are ready to assemble your burbara pudding with the nuts etc.
Prep – 5 mins
Cook – 40 mins
Cuisine:
Middle Eastern
Serves – 6 people
Course:
Dessert 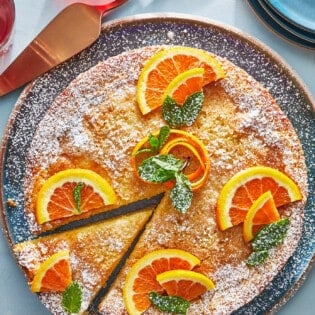 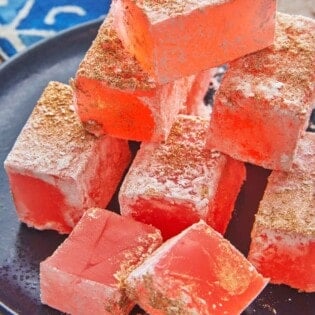 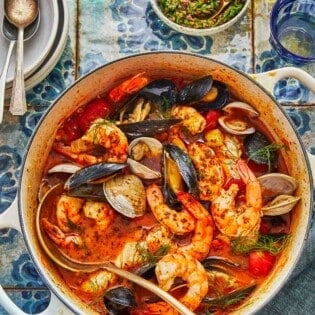 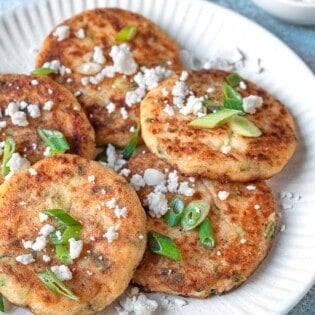