A healthier, rustic sweet potato gratin with pears. Simply spiced and roasted to perfection, then finished with a drizzle of warmed honey and lemon juice. 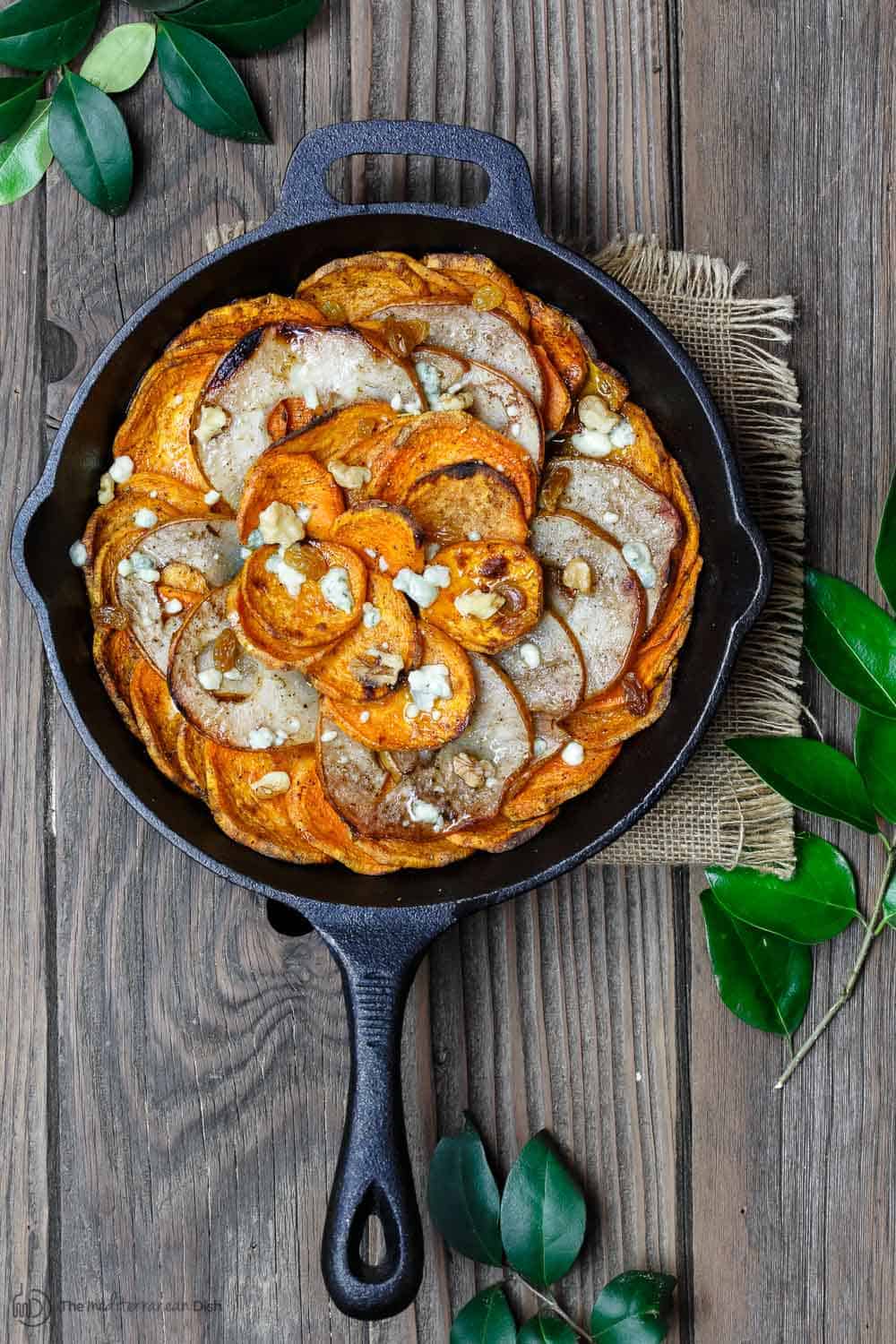 And today, in this sweet potato gratin, again I intentionally ditch the marshmallows! 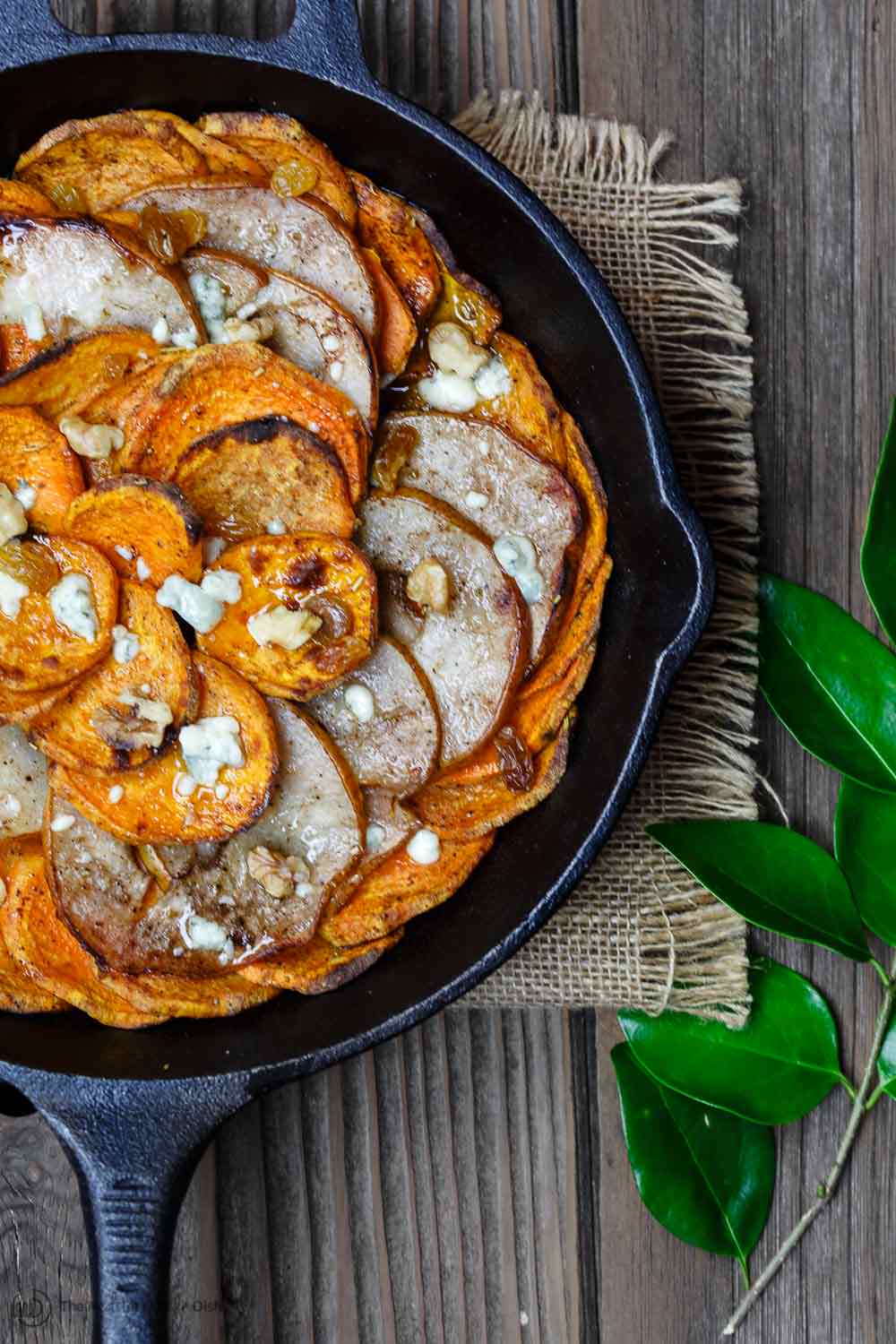 Sweet, almost honey-like, pears marry wonderfully with earthy sweet potatoes. And as the two roast together, natural sugars are drawn out. Magic happens!

The gist of this sweet potato gratin

Pears and sweet potato slices are tossed together in extra virgin olive oil (and a little melted butter) and seasoned with rosemary, nutmeg and cinnamon. 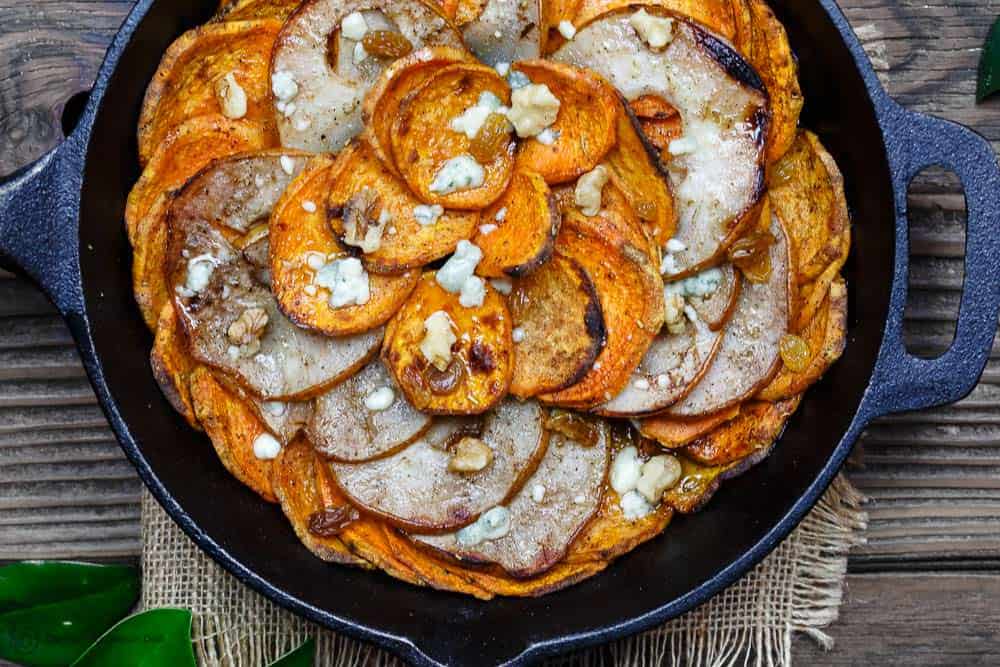 You can arrange them in a gratin dish however you like, making sure not to crowd the dish. I like to arrange them in my cast iron skillet in circles following the shape of the skillet.

Once roasted to fork tender, I finish the sweet potato gratin with a simple drizzle of warmed honey and lemon juice, crumbled Gorgonzola, walnuts, and raisins.

A healthier, rustic sweet potato gratin with pears. Simply spiced and roasted to perfection, then finished with a drizzle of warmed honey and lemon juice.