Easy Greek meatballs recipe, also known as Keftedes! Flavor-packed tender meatballs with a crispy crust and a lemony sauce. This recipe can serve a crowd as an appetizer, but see our serving suggestions for a Greek-style dinner bowl! 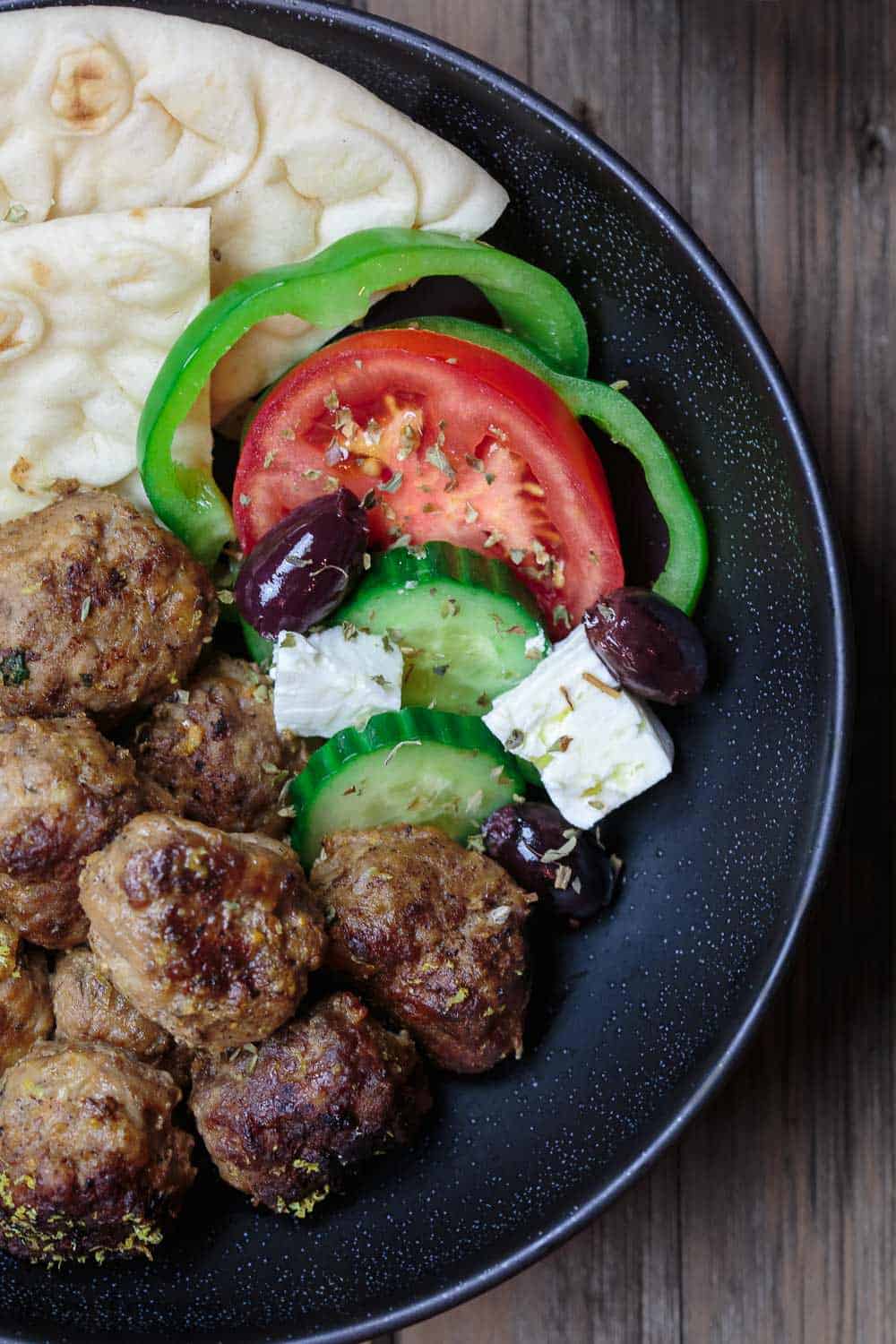 Keftedes, Kofte, or Kofta. Whatever the name, they all represent exquisite Eastern Mediterranean variations on meatballs. A mixture of ground meat infused with spices and flavors of whatever region they come from.

Formed into patties then baked as in this Turkish version.  Grilled, kabob-style. Or pan-fried in extra virgin olive oil--then finished in a lemony sauce--as in today’s Greek meatballs. 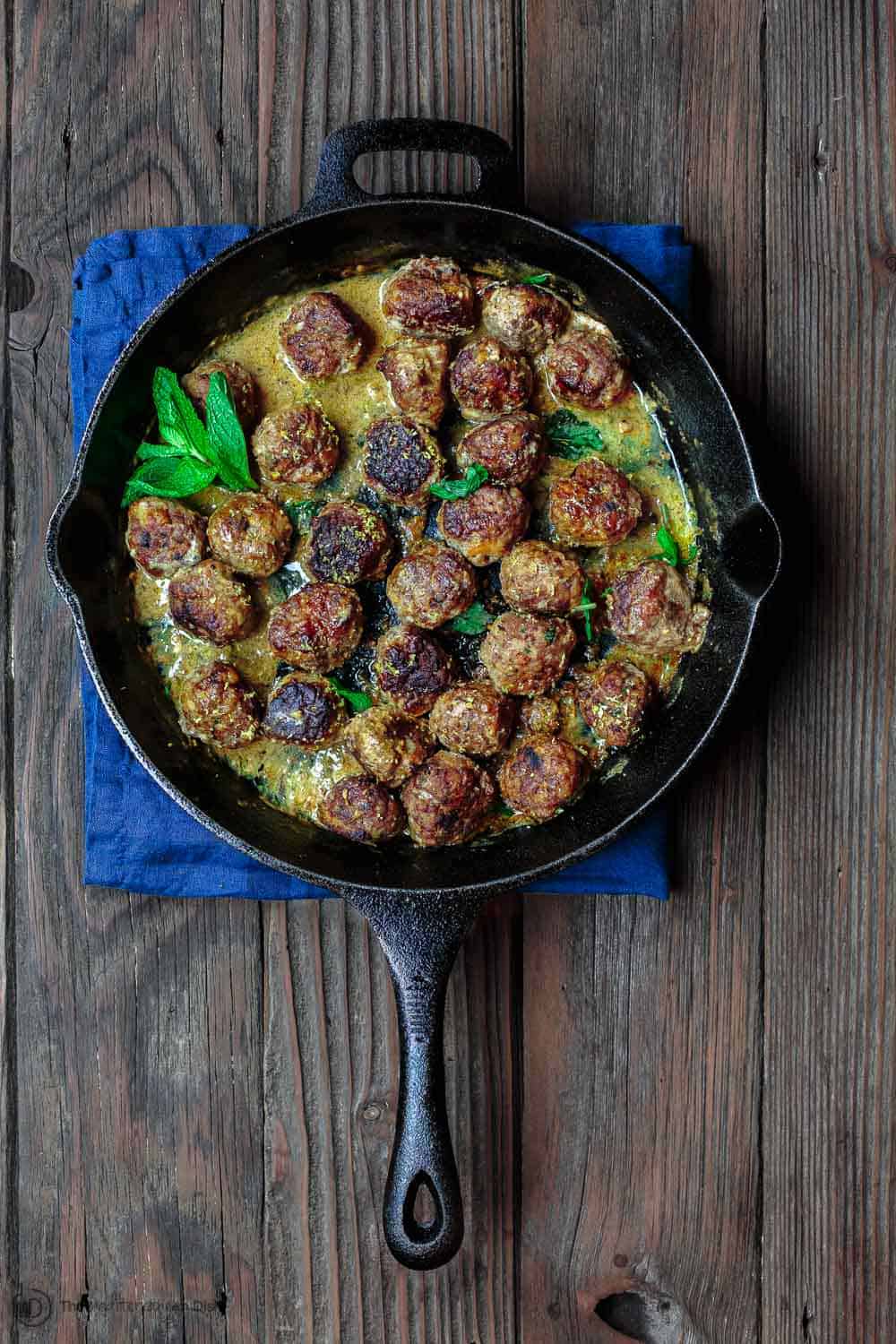 This recipe is a very lose interpretation of Yiayia Helen’s Greek meatballs.

Helen and I met at a local Greek festival last year. A feisty grandma with a binder full of Greek recipes. Pages worn out and stained with olive oil. She had no problem sharing about her famous Greek meatballs.  “I make for a minimum of 50 people at a time,” she announced as she pointed to the recipe.

Her keftedes meat mixture is flavored with fresh mint and spices like coriander, cumin, nutmeg and oregano. Yiayia Helen insisted on using Greek oregano, of course.

Tips for the best Greek meatballs

Every cook seems to have their own technique for creating the juiciest meatballs.

Helen’s trick? Add a bread-based paste (or mush) made by soaking day-old bread or pita into milk. You wring out the excess milk, then add the resulting piece of mushy bread into the keftedes mixture. This prevents bits of meat from binding to each other, keeping the patties tender. 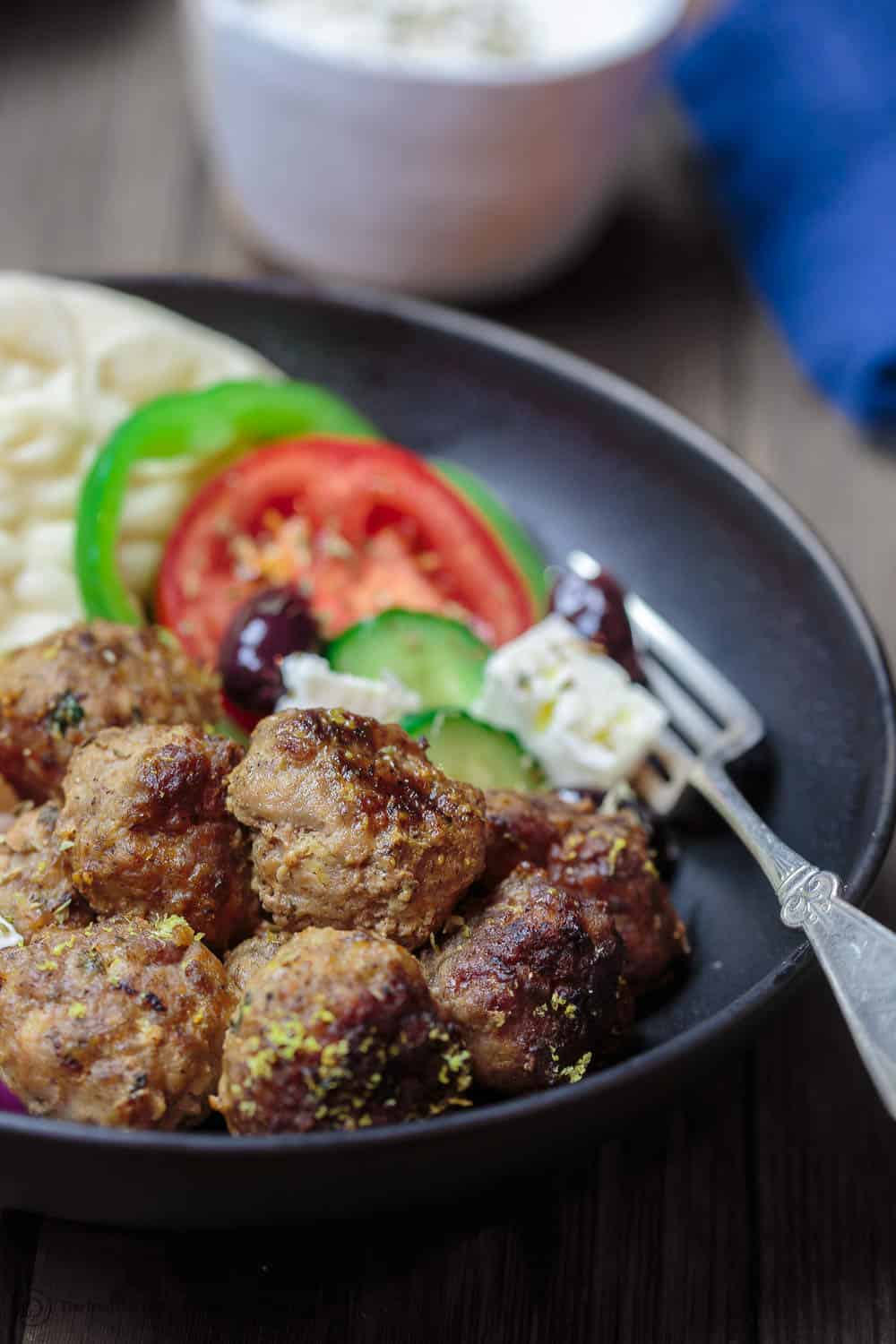 And to achieve a crispy crust, it’s best to pan-fry the Greek meatballs in olive oil before adding the sauce.

Some versions of Greek keftedes call for red sauce, but I prefer this version with a lemony broth that's been thickened with egg yolk.

What to Serve with Greek Meatballs

This keftedes recipe makes about 32 meatballs. If you have a large crowd, you can simply serve load them up on a platter as an appetizer. But for dinner, I like to serve a few Greek meatballs in a bowl with pita bread, Greek salad, and Tzatziki sauce for dipping. Of course, you can simply make pita pocket sandwiches too.

All-star keftedes Greek meatballs recipe. Tender on the inside, crispy on the outside. Flavor-packed with fresh mint, spices and a lemony Greek sauce!

Other Recipes to Try