This post is brought to you in partnership with FlatOut Flatbread. All opinions are my own. 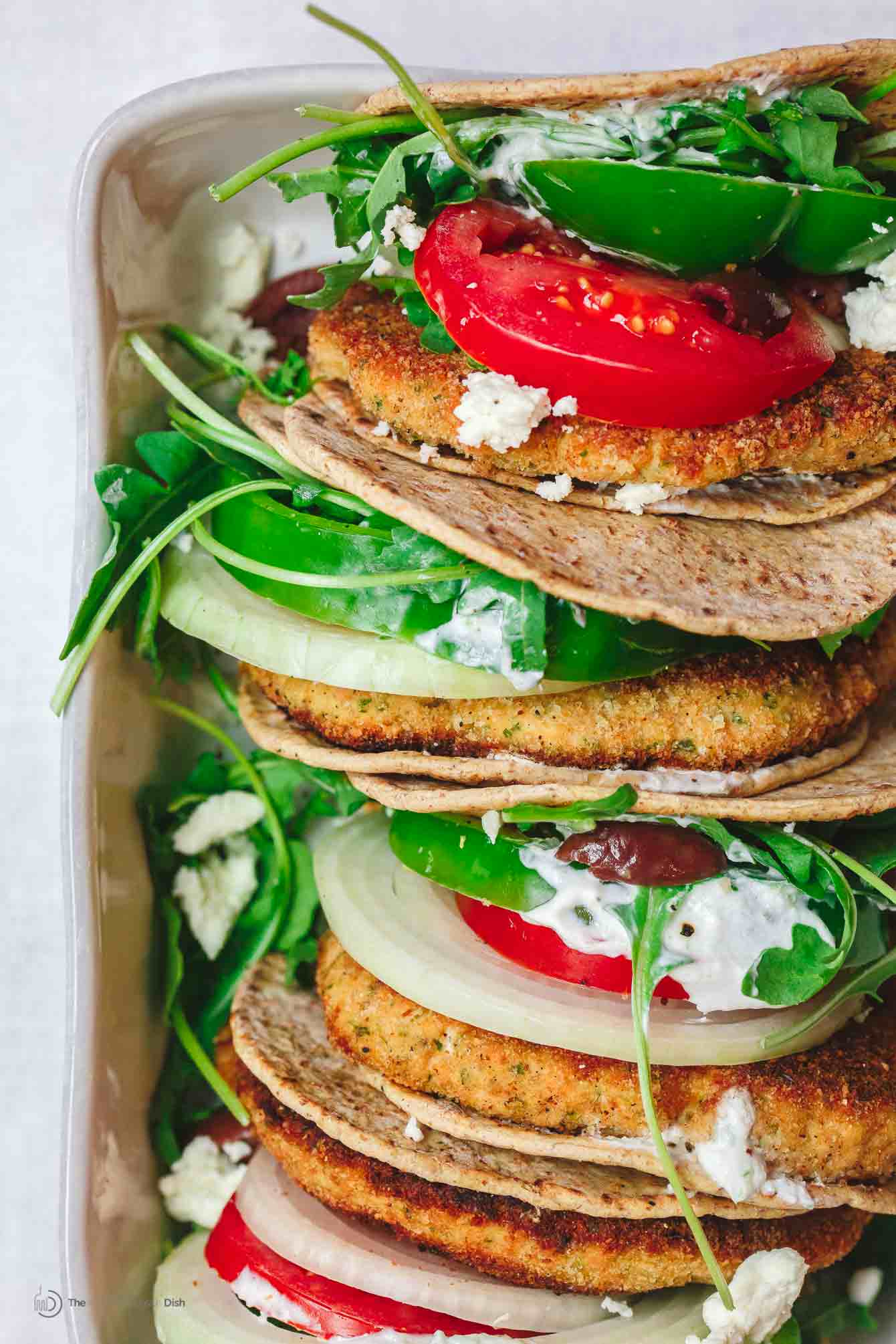 Salmon burgers are one of those items that I often avoid on restaurant menus. Between dried out salmon discs, and flavorless, crumbly messes, my few experiences with restaurant salmon burgers have been less than enchanting. Have you been there?

In doing some research and testing of my own, my goal was moist salmon burgers with a crunchy exterior and an interior packed with Mediterranean flavors. 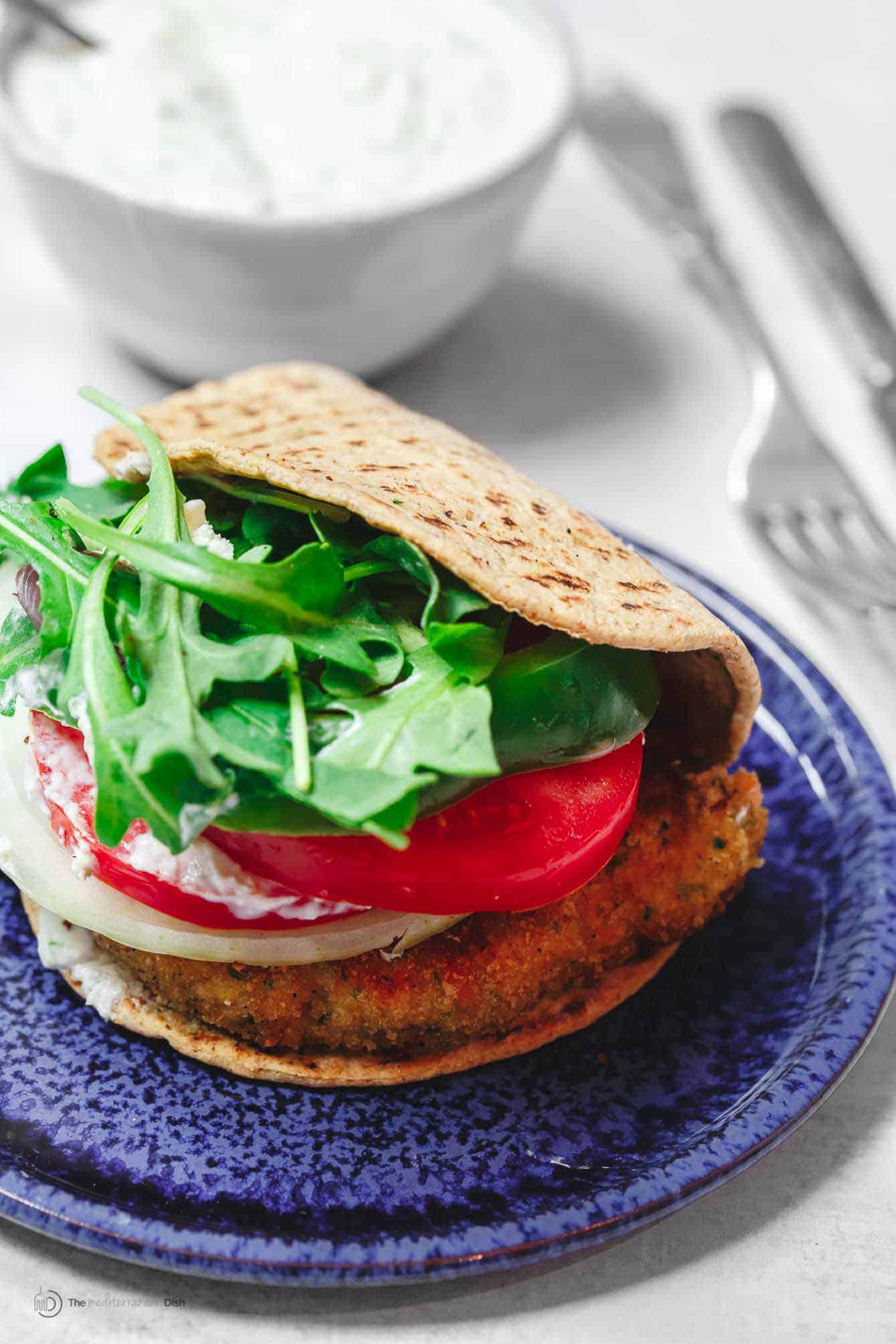 Tips for this salmon burger recipe

First, avoid over-grinding the salmon mixture. I chose to finely grind only a small part of the salmon into a paste to help bind the rest. Then, I added the remaining salmon chunks, spices, and Dijon, pulsing only a few times until roughly chopped. The resulting coarse mixture retains more moisture when cooking. 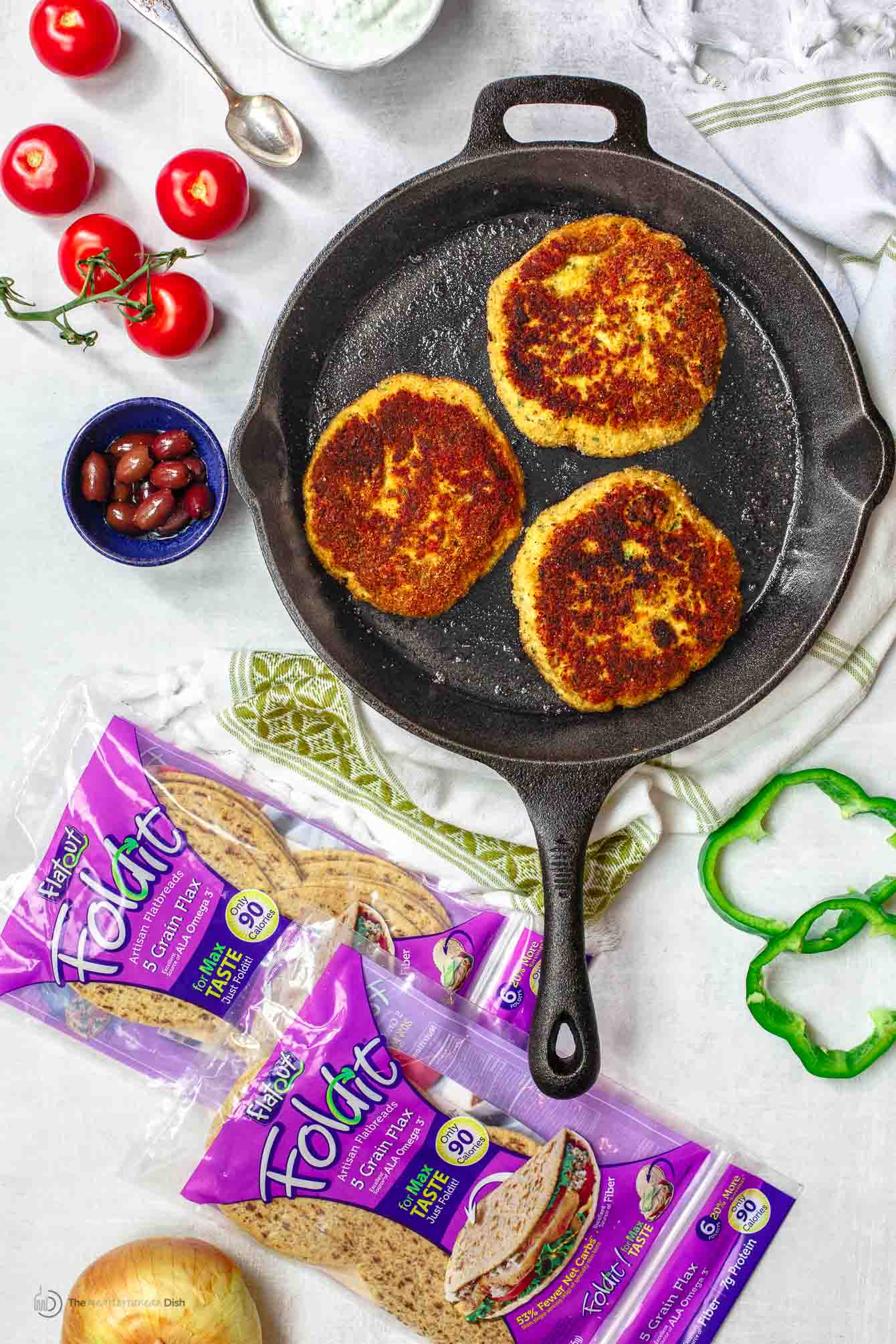 At the outset, fresh parsley and shallots added great flavor while contributing moisture. Instinctively, I added a few spices including tangy sumac and ground coriander, which are natural pairings with fish.

Finally, rather than adding breadcrumbs into the salmon mixture (which would have absorbed moisture and resulted in more dense salmon burgers), I opted to lightly coat the already mixed patties with the breadcrumbs to create a crusty exterior. 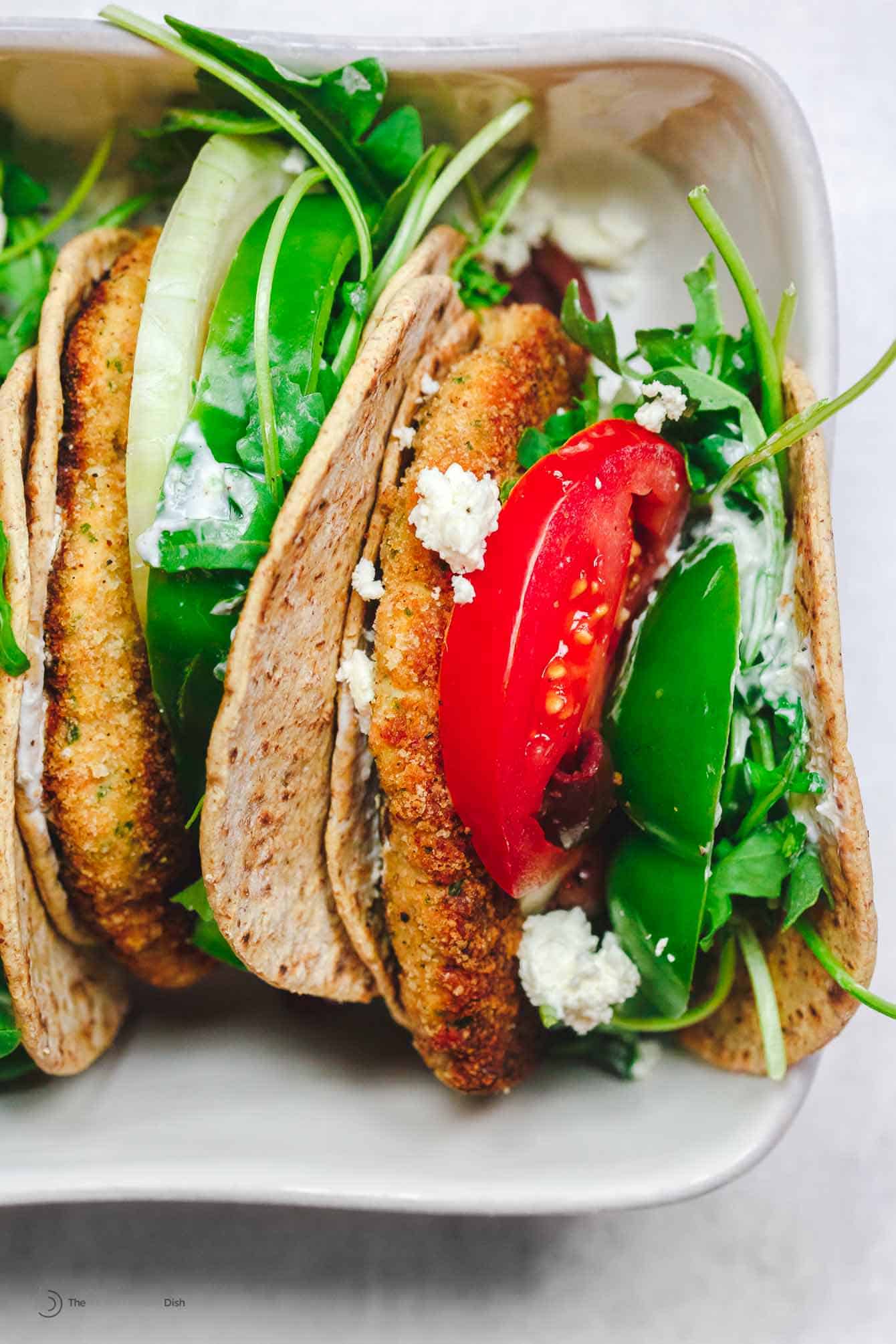 Keeping the meal light, I ditched the usual bun in favor of healthier FlatOut Foldit Artisian Flatbread; only 90 calories and 43% less carbs than sliced bread! I chose the 5-Grain Flax Seed to capitalize on the Omega-3 goodness. And I just have to say, no one missed the dense burger buns!

The choice of sauce was obvious, homemade Greek Tzatziki rather than ketchup or mayo. Equally important to the Mediterranean theme here are fresh baby arugula tossed in EVOO and lemon juice, and, of course, olives, and feta! 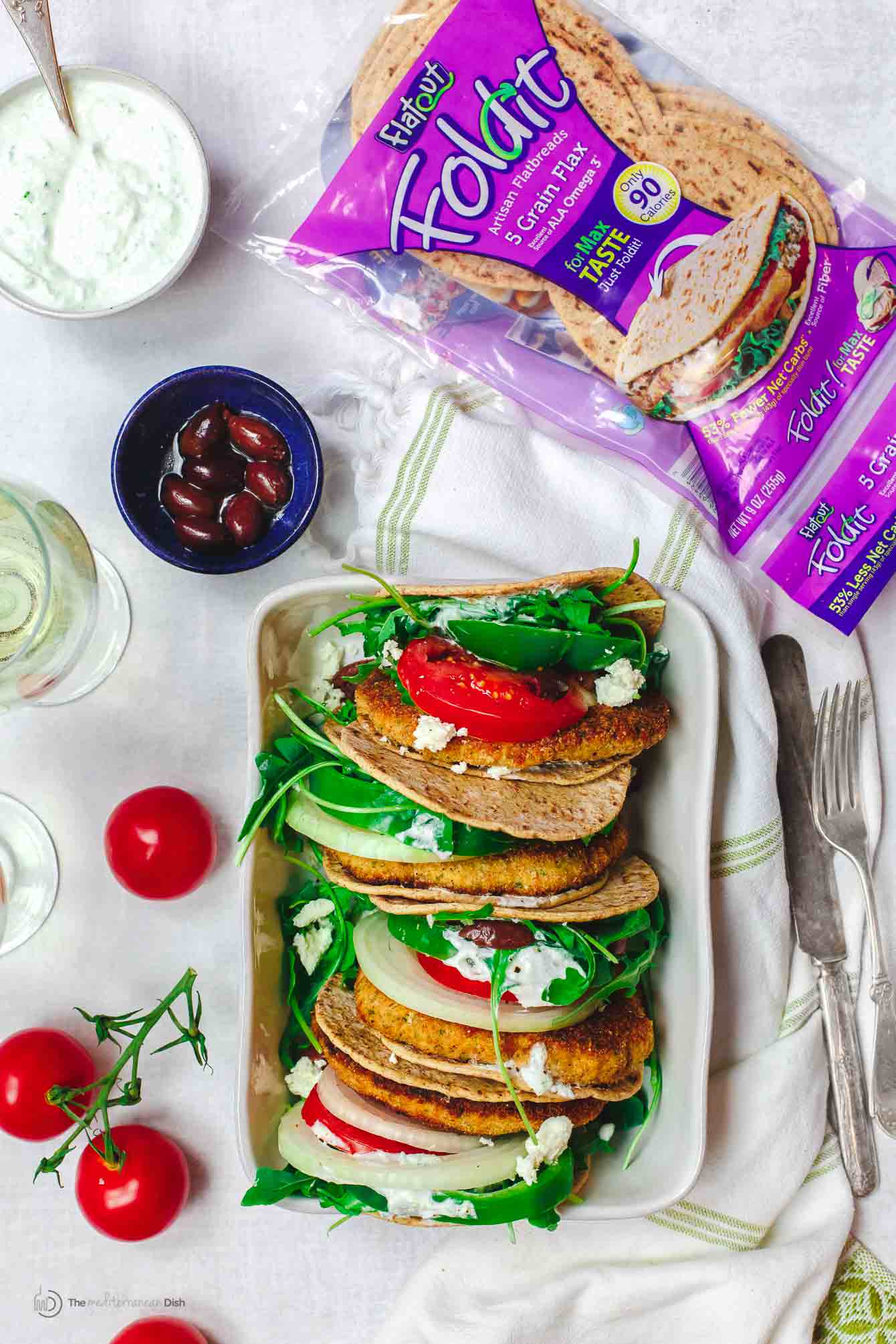 Other Recipes To Try

Baked Rigatoni with Tomatoes and Eggplant 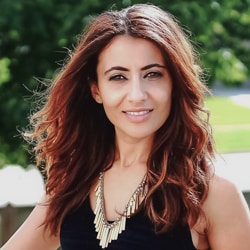 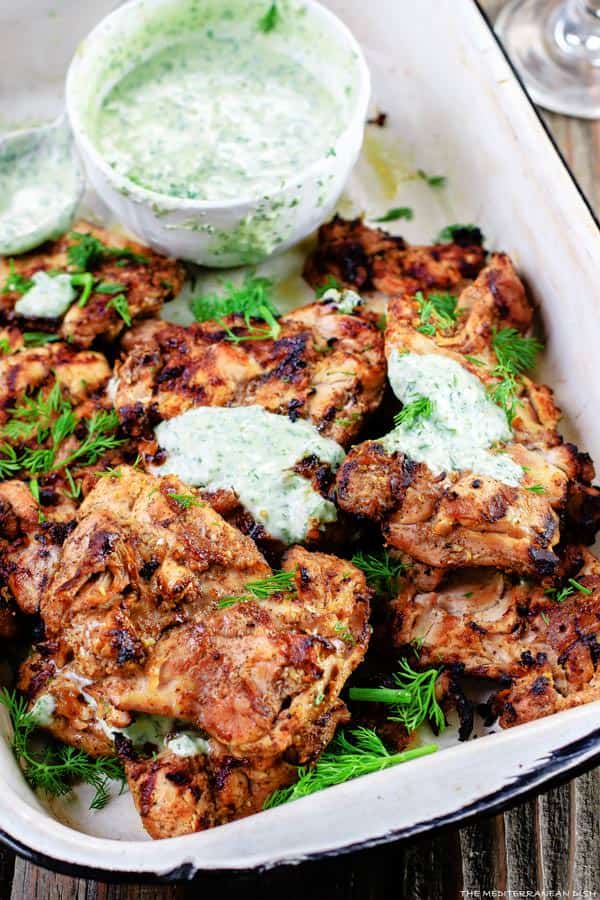 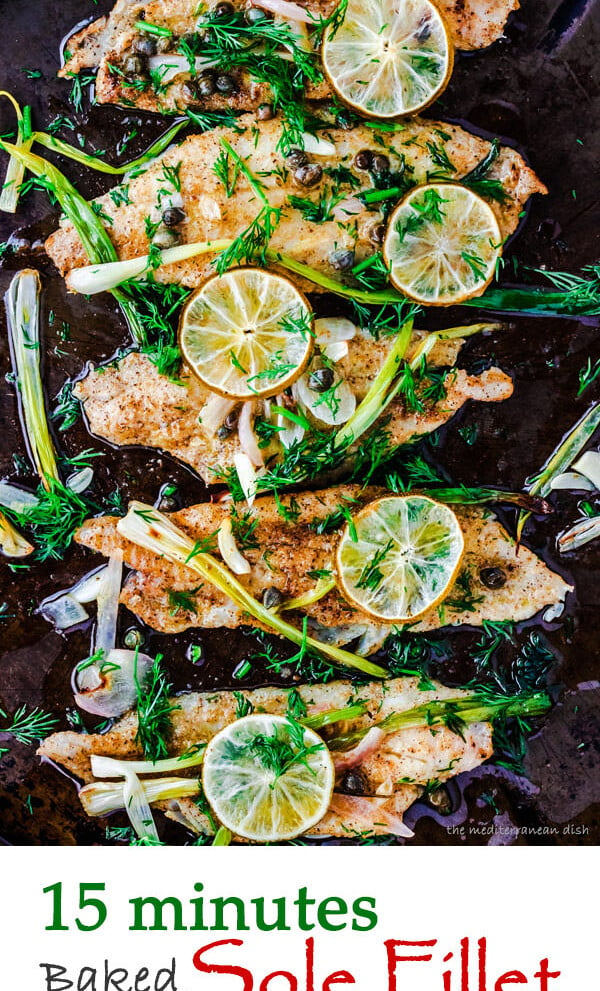